How often do you publish comics? As often as I can. I've committed to making comedy 40 hours a week, you know, like a real job. ;) But like any other real job, it's not all glamour and I have to spend a lot of time reading tedious marketing books. You can help me do that less and make more comedy on our Patreon.

You can stay current via the RSS Feed, Comic Rocket, DeviantArt or Twitter.

Who do you think you are?! Samuel Isaac Dealey - software engineer, cartoonist, autistic and in general eccentric weirdo. Born and raised in Dallas, Texas. Lived all over.

The best way to talk to me is via DeviantART, Twitter, or Facebook, or you can email woohooligancomic at gmail dot com. 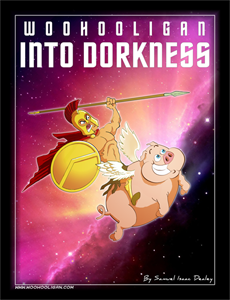 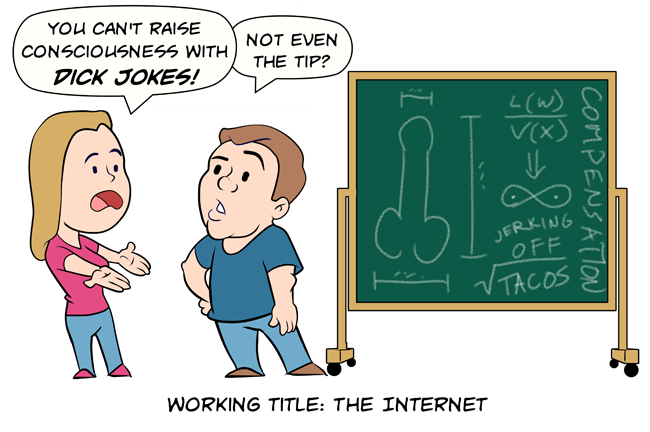 I wasn't always like this. I used to be a software engineer, but when I had my second near death birthday in 2015, I gave it up for something more fulfilling. Near death experiences wake you up like that. And although I fell short of my goal in 2016, I'm sticking to my guns (they're squirt-guns full of syrup).

I started this webcomic in 2006 and you can start at the beginning, or personally I think the Hellbent story is pretty good, although it's unfinished. The comics have been on hiatus for a couple of years, around the time I published the 2nd book, Laugh It Forward, which you can find in the store.

Most of my recent comedy is on my YouTube channel. I plan to return to the comics, and if you'd like to see that sooner, what would be really cool is if I could hire a separate artist. You can help with that by signing up to our Patreon for as little as a dollar. I also share sneak peeks and other bonus content just for patrons.

Thanks for stopping by! Come say hi on Twitter!